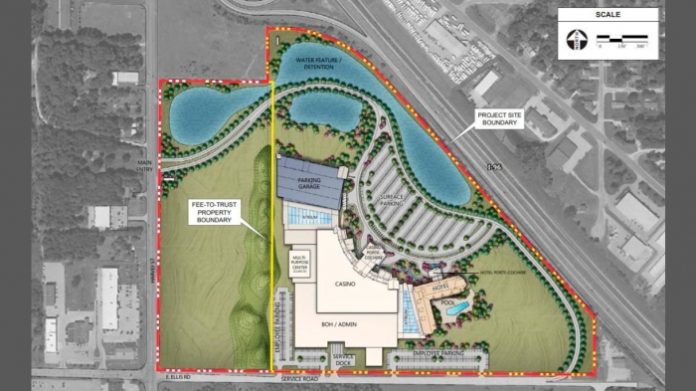 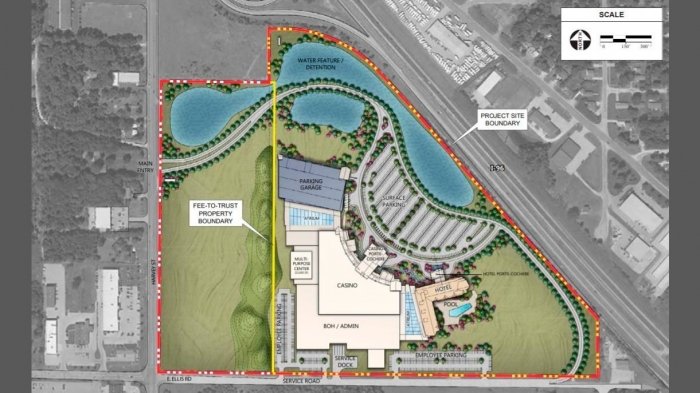 The project proposed by the Little River Band of Ottawa Indians could create 1,500 construction jobs and 1,500 full-time jobs if the casino and hotel complex is built. The proposed 60-acre site is land the tribe owns along I-96 and South Harvey Street in Fruitport Township.

On Tuesday, the commission passed a resolution supporting the project. The letter of support will be forwarded to the Bureau of Indian Affairs which is collecting public comment on the casino proposal until the end of November.

Late last month, the Bureau of Indian Affairs filed a Final Environmental Impact Statement (FEIS) to the federal registry. It’s a significant step the tribe needed to clear in its push to convert 60 acres of land at the former racetrack into a 220-room hotel and off-reservation casino with 1,700 slot machines and 35 table games in approximately 69,000 square feet of gaming floor space. “This is the culmination of over 10 years work,” said Larry Romanelli, the tribe’s leader. His tribe owns the Little River Casino in Manistee.

Fruitport Township’s board passed a letter in support of the development, as did other neighboring municipalities like Norton Shores since the project was proposed. Following the close of public comment, the Bureau of Indian Affairs could send the project forward by passing it on for final state-level approval. Because the Muskegon County casino would be the tribe’s second casino, its approval would require the Legislature to amend the Michigan State Gaming Compact, Shields said.

Opposition at the state level is expected from three other Michigan tribes who also have casinos, and don’t support the Little River Band of Ottawa Indians building a second casino. The tribe’s existing Little River Casino Resort is about 95 miles north of Muskegon near Manistee.

Zeal set to surpass revenue and EBITDA expectations for FY2020