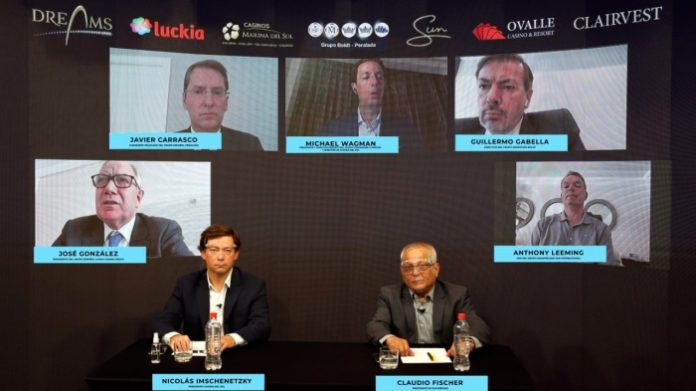 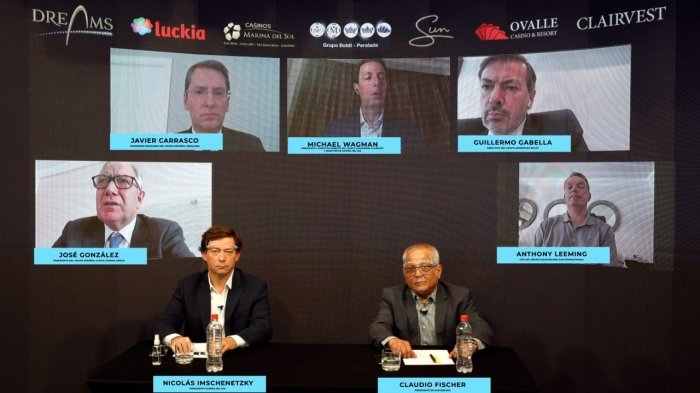 he press conference was attended by some of the top industry leaders in Chile, such as Claudio Fischer, president of Sun Dreams, and Nicolás Imschenetzky, president of Marina del Sol, as well as foreign investors such as Michael Wagman, president and managing director of Canadian group Clairvest and director of Marina del Sol; Anthony Leeming, CEO of South African group Sun International; José González, president of Spain-based Luckia Gaming Group; Guillermo Gabella, from Argentina-based Boldt; and Javier Carrasco, from Spain-based Peralada.

Claudio Fischer, president of Sun Dreams, welcomed attendees and explained the main reason for the conference was to express their position and concerns over the government authorities’ relation with the Casino Association and the current licensing process.”

Fischer said operators weren’t properly listened to by the authorities when they decided to change the rules for license renewals. “This licensing process changes the rules that had already been set, and as investors, we feel helpless. Thousands of jobs are at risk and if authorities don’t take action now, damage to the casino sector will be irreparable.”

Nicolas Imschenetzky, president of Marina del Sol, added: “The changes in the regulations are radical and we weren’t even invited to participate in them.”

“We heavily criticized this new licensing scheme in 2015 and 2016 to the extent that our group decided not to participate in the subsequent licensing process, under such conditions. Sadly, we had never imagined we would have to work under such conditions, as the law clearly states this renewal rules don’t apply to our cases.”

Michael Wagman, president of Canadian investment group Clairvest added: “Ten years ago, when Clairvest decided to invest in South America, we reached the conclusion that our best shot was to invest in Chile, even though it wasn’t the largest market in the region. Now, as investors, we are really concerned. This is clearly not the same country we invested in ten years ago, and there is a clear sign that we cannot continue investing there, especially considering that local authorities have decided to go against the regulations in force, something that would scare away any investor.”

“Some players from the casino sector are being favored over others. We have evidence that a company that is not present today, is being favored,” Wagman added, clearly alluding to Enjoy. “We continue gathering information for the claim we will submit in a few weeks with the International Centre for Settlement of Investment Disputes (ICSID).”

“The authorities’ actions violate international casino standards. We thought we were investing in a country that observed international laws and regulations, but apparently, this is not the case,” said Anthony Leeming, CEO de Sun International. “That is why we have decided to stop investing in Chile, we don’t feel safe, so we are going to dispose of our local Sun Dreams operations. If Chile wants to continue growing and attracting foreign investors, it should demonstrate that their authorities stick to the rules, and there are no sudden changes in the way. If not, even current investors will leave.”

By the end of the conference, the speakers focused on Enjoy and the company’s role in this situation. Attendees called on the local authorities to review this and respect the originally reached agreements when the operators first decided to invest in the country.

Paysafe and Amelco to unify payments platform for US sportsbooks