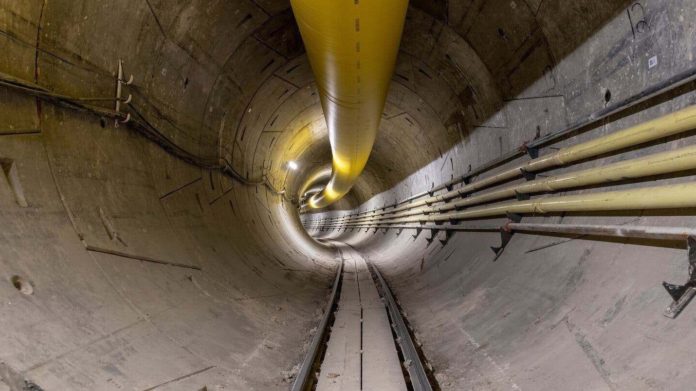 lark County, Nevada Officials have approved a License and Maintenance Agreement for the Boring Company to expand its Vegas Loop to the Encore at Wynn Las Vegas on December 1.

The expansion will operate at the right-of-way-on East Desert Inn and Paradise Road in Las Vegas, TESLARATI reports.

The intersection of E. Desert and Paradise is also the intersection of two main points of interest that are related to the Boring Company project. At the intersection, the Las Vegas Convention Center and the LVCC Monorail Station are both located. The currently dug-out tunnel is located at the LVCC, and the LVCVA, who operates the LVCC, recently purchased the rights to the Las Vegas Monorail, giving the Boring Company more leeway in where it can establish future locations for tunnels.

The area of the intersection would be a great way to transport visitors from their hotels to resorts and clubs on the Strip. The intersection is located just East of the Strip and is surrounded by several chain hotels such as Residence Inn by Marriot, Courtyard by Marriot, and an Embassy Suites by Hilton.

The Encore at Wynn is located on the North end of the Strip and is surrounded by the Venetian, Treasure Island, the Mirage, Harrah’s, and Caesar’s Palace. All of these options provide entertainment and nightlife, as well as various dining options that will provide visitors with a full experience of what Las Vegas has to offer. 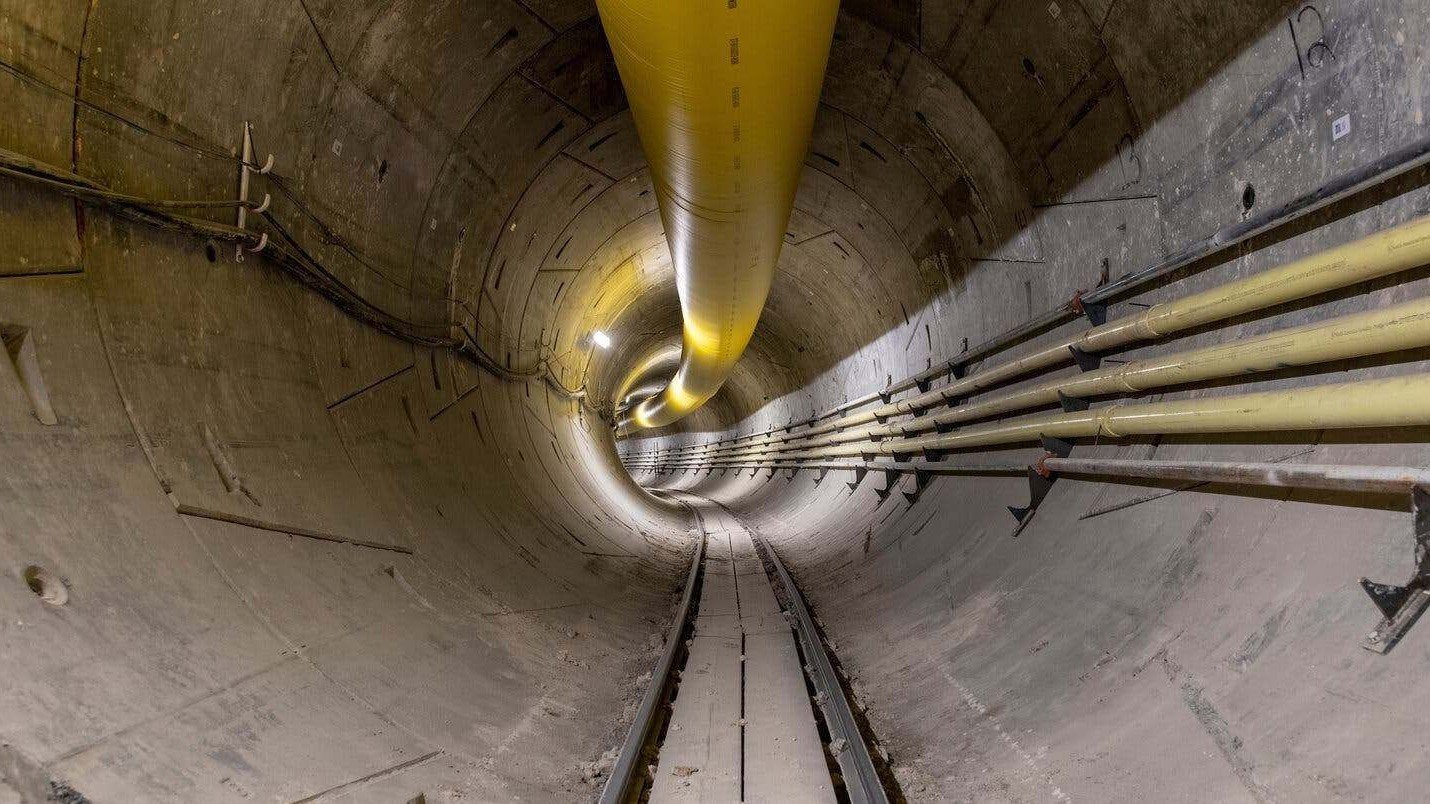 The intersection of Paradise and Desert Inn is relatively close to the Wynn, but it would require some form of transportation. This is where the Boring Co. expansion comes in. The underground tunnel that the Boring Company will eventually dig out on this route will provide a reasonable and fast mode of transportation from off-strip lodging options to the heart of the city. Inversely, traveling from the Wynn to the Convention Center will take only a few moments, so if there is an event that is being held at the LVCC, there will be quick and reliable transportation options that will move people from location to location with relative ease.

The Encore at Wynn becomes the second resort to be approved for the Boring Co.’s expansion of the Vegas Loop, the first being another Wynn-owned property of Resorts World.

The Boring Company expansion is far from over, though. Eventually, Elon Musk’s traffic solution company plans to have stops at nearly every major point of interest in Las Vegas, with approval for all of the locations needed. It will undoubtedly take some time to put together, but the new mode of people-moving in Las Vegas has some life, and resorts are beginning to recognize the significance of the Boring Co.’s plans. New transportation is needed in Las Vegas, and smaller, more personalized vehicles may be a great way to make public transport more appealing and could be a solution to traveling after the COVID-19 pandemic.

Based on a short clip of the site that the tunneling startup posted on Twitter, the LVCC Loop’s stations will most definitely have a futuristic vibe, complete with neon lights and what seems to be a killer sound system.

Similar to other projects by Elon Musk, The Boring Company has met a notable degree of opposition from critics, many of whom argue that the Loop system is inferior to traditional rail systems, which are typically far more expensive to develop. Despite this, simulations of the Loop System in action have suggested that Elon Musk’s “Teslas in a tunnel” concept could carry more passengers than initially expected.

While the Boring Co.’s Loop system is pretty impressive in its own right, the tunneling startup’s disruption lies in its tunneling technology itself. Thanks to several key innovations such as the use of smaller tunnels and all-electric vehicles, The Boring Company could build tunnels far quicker and cheaper than more conventional alternatives.

In the case of the Las Vegas Convention Center Loop, for example, the Boring Company’s tunnel system is expected to cost about $52.5 million to complete. This was far more affordable than an alternative solution proposed by Austria-based Doppelmayr Garaventa Group, which involved the creation of an above-ground transit system that was initially estimated to cost $215 million. Even an adjusted estimate pushed by Las Vegas Convention and Visitors Authority board member Carolyn Goodman, which pegged the Doppelmayr system at $85 million, was still about 39% more expensive than Elon Musk’s “Teslas in a Tunnel.”

Nevada panel to hear testimony on ethics charges against judge

VICTOR JOECKS: Sisolak’s Green New Deal would be a disaster for Nevada