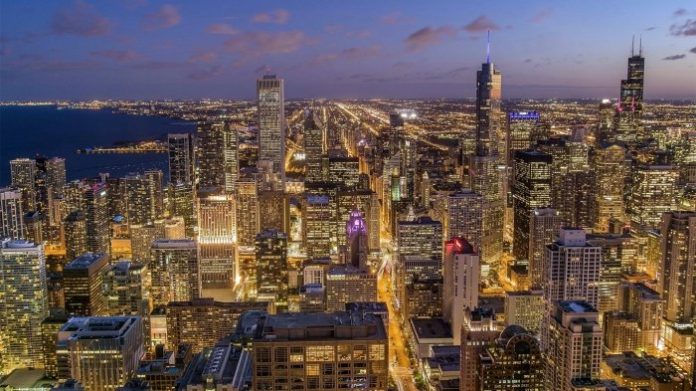 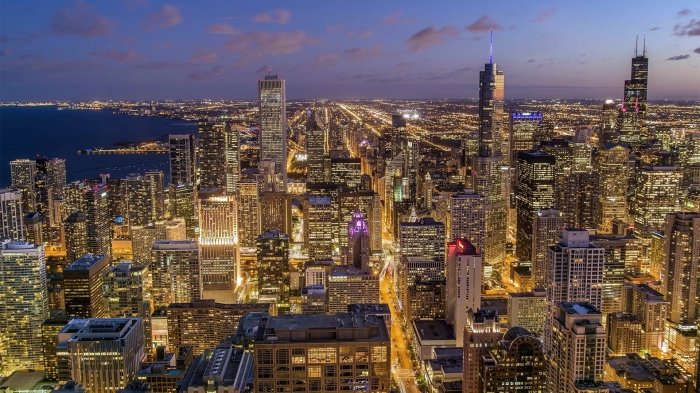 ayor Lori Lightfoot’s office issued in August a “request for information” seeking input from hopeful casino operators who have expressed interest in building and operating Chicago’s first gambling facility, asking them to weigh in on the potential size and location of the future casino complex, as well as other issues that would factor into construction plans.

A group of 11 casino operators, real estate developers, financiers, consultants, and a Chicago community group responded to the city’s request, and Lightfoot said their responses “are indicative of the excitement and anticipation of this once in a lifetime project.”

Eight of the 11 companies that responded to the city’s request for information said they would prefer a permanent location in or near downtown. One company favored a site near the Harborside golf course alongside Lake Calumet on the Southeast Side. Two others did not state a preference.

“Thanks to the responses of nearly a dozen RFI respondents, we are not only one step closer to bringing the long-awaited Chicago casino to life, but have the critical information we need to ensure this project will be a success,” the mayor said in a statement.

While only six of the companies expressed definite interest in building a temporary casino while the permanent facility is built, those that were interested agreed the temporary site should be downtown, in a separate location from the permanent casino.

The Harborside location is one of five possible sites on Lightfoot’s own shortlist for the casino. Last year, she identified five preferred sites for the casino: the Harborside site, the former Michael Reese Hospital site at 31st and Cottage Grove, a now vacant parcel at Pershing Road and State Street, a vacant parcel at Roosevelt Road and Kostner Avenue, and the former U.S. Steel site at 80th and Lake Shore Drive.

While downtown didn’t make the mayor’s shortlist, a public survey by the city last year found downtown was the most popular choice among 10,000 Chicago residents who were asked where it should be located. A gaming consultant hired by the state also insisted a downtown location would bring in the most revenue.

The mayor’s office said companies that responded to the request for information on the planned casino “seemed somewhat split” on whether it should be up to the city or the eventual operator to choose the location of the facility.

“One respondent suggests that, given the urban nature of the facility and the limited availability of sizeable sites, the City should select the site or a few sites. This respondent noted the importance of site control before any announcement of any prospective sites to reduce land speculation and massive price increases,” a summary of the RFI responses stated. “Two respondents suggest that the City and operator should collaborate on site selection and perhaps the City could suggest some sites but allow for other sites as well. One respondent suggests that casino operator select the site.”

The companies all told the city they believe the pandemic will have minimal impact on opening the casino complex, given the timeline for selecting an operator and building the permanent facility, which is expected to take two to three years. Estimated construction time for a temporary casino would be 12 months.

All of the companies said they would be able to incorporate lessons learned from the pandemic into designs for the casino, including automated entry to the facility, contactless check-in, state of the art air filtration systems, increased outdoor space, and more. The companies also said they expect the pandemic would allow for more available labor for construction, and better prices on construction supplies and materials.

Important factors the companies cited for determining the casino’s location include premier visibility; access by car, mass transit, foot, and bicycle; adequate parking; proximity to other amenities such as hotels, convention centers, sports stadiums, cultural attractions, theaters, and shops; sufficient public infrastructure such as water, sewers, and utilities; site acquisition costs; ability to leverage the Chicago riverfront; acceptance by the neighborhood; and the proximity of competing casinos and other gambling facilities.

In addition to the casino itself, the companies largely agreed the facility also should have a hotel; food and beverage outlets; convention, entertainment, and event spaces; retail shops; and parking.

The companies also expressed a preference for a casino that has its gaming floor and food and beverage outlets on the same floor, stating that having those amenities on separate floors would have a negative impact on revenues and increase the costs of construction. The companies said the casino floor should be 100,000 to 200,000 square feet.

All but one company said the permanent casino should include its own hotel, with the size dependent on the number of rooms located close to the site. Respondents proposed a range of sizes from as few as 100 rooms to as many as 750. One casino operator that responded to the RFI said it would instead rely on the city’s existing hotel supply, but would consider building a 250-room hotel in the second phase of development of a Chicago casino.

Generally, the companies also agreed the casino would need multiple dining and drinking options at the facility, including fine dining, casual dining, and buffet options, as well as a variety of bars, including a sports bar.

With so many conference and convention spaces already in Chicago, the companies agreed the casino would not need a dedicated conference space, but rather a multipurpose site for conventions, concerts, and other events.

As for parking, most companies favored an above-ground garage, which would be less expensive to build. One company suggested a minimum of 1,500 parking spots, while another cited a need to have a parking garage directly connected to the casino.

The four casino operators that have expressed interest in the gaming facility have said the complex would need to be at least 10 acres if located downtown, if divided into multiple levels, or up to 30 acres if all on one floor. Real estate developers that responded to the city’s RFI suggested the complex could be as small as 5 acres, while the one company proposing to build near Harborside suggested a 100-acre location.

The companies all suggest teaming up with city officials to market and promote the casino and other tourist attractions, while one company also suggested the city operate a shuttle service between the casino and existing convention centers and cultural attractions.

The mayor’s office also said the companies agreed there needs to be strong community engagement and widespread community support for the casino, whatever the location. So when the city begins the formal selection process, the bidders will have to provide evidence of community engagement and a commitment to hire local residents and to purchase goods and supplies from local businesses.

The city plans to host a series of community forums and town halls before selecting an operator for the casino.

The city expects to issue a formal “request for proposals” from potential casino operators in the Spring of 2021, when it will ask bidders to submit formal plans for a casino complex. It’s unclear how soon the city would then select an operator.

CARTOON: Biden prepares for the inauguration