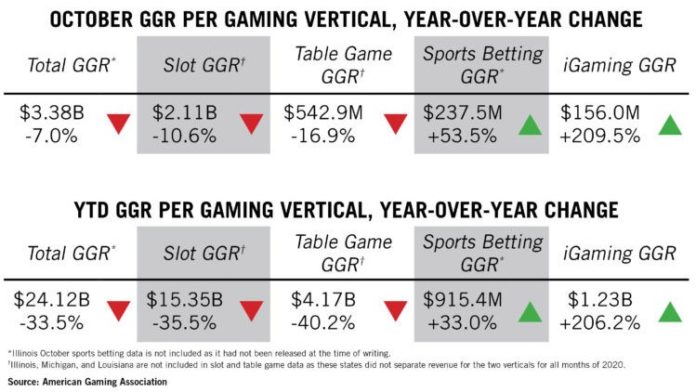 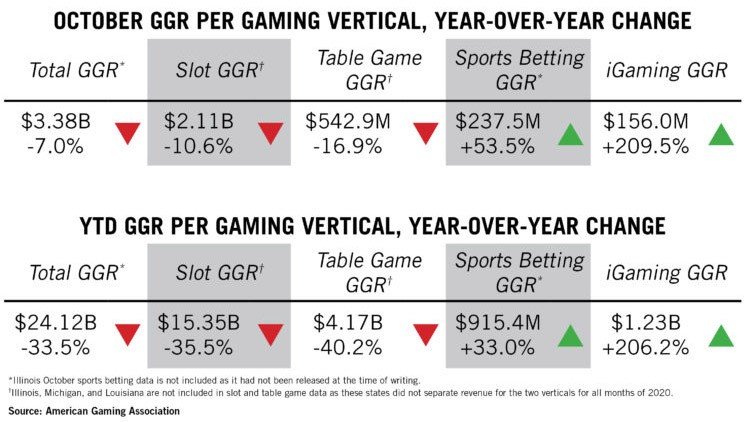 While sports betting and iGaming continue to be the most visible drivers behind gaming’s recovery, legacy gaming is also improving month-over-month. Combined GGR from slot and table games rose 3.4 percent from September to $2.98 billion in October, equal to 86.6 percent of the industry’s levels from October 2019.

October is likely to be the strongest months for legal sports betting in U.S. history as Americans wagered at least $2.82 billion on sports across 17 states and the District of Columbia. (This number is expected to surpass $3 billion upon the release of the October revenue report for Illinois – the fourth largest market in September.) Along with a likely record handle, the quickly growing U.S. legal landscape also reached record revenue, with an all-time high combined hold of at least $237.5 million, including free bets and promotions. That equals a gain of 53.5 percent over the previous record month, October 2019. 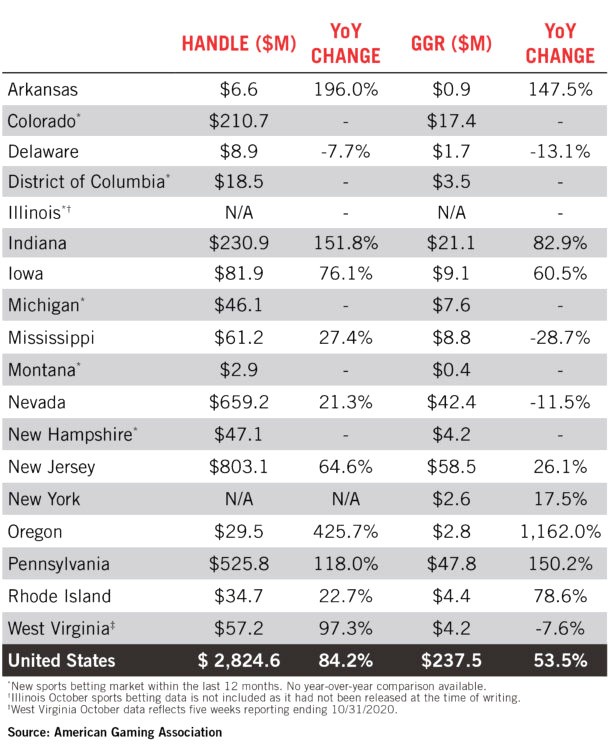 Sportsbooks in all but two states accepted more money in sport wagers in October than in any previous month. While Nevada reported an all-time high state handle, New Jersey broke the national handle record for a third consecutive month. In the first ten months of 2020, national sports betting handle is up 48.0 percent while revenue grew 33.0 percent over the same period in 2019.

6-figure table game jackpots hit on, off the Strip

Joe Biden to be sworn in as president — WATCH LIVE