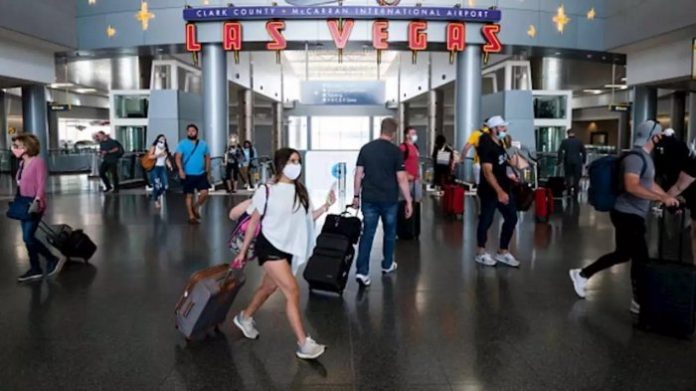 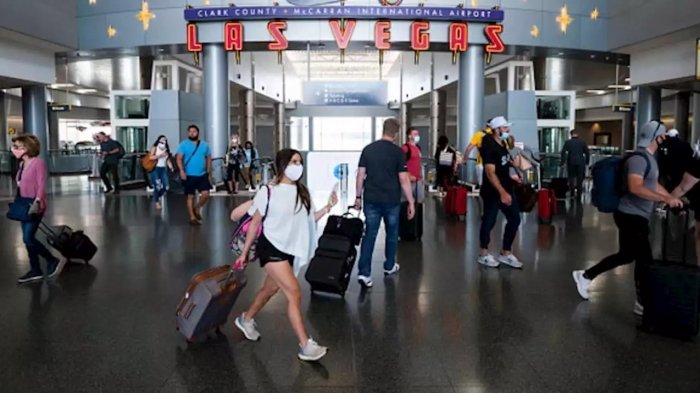 ccording to numbers released by the Las Vegas Convention and Visitors Authority on Tuesday, the city in October hosted about half the number of visitors it had a year ago, but 9 percent more than it had in September.

The government agency reported continued slumps in most significant tourism indicators for the month, the eighth straight month of declines; however, since April, the decline percentages have gradually improved with visitation down 97 percent in April, but off 49.4 percent in October.

Experts have yet to speculate how November numbers will fare with Gov. Steve Sisolak ordering a maximum capacity of 25 percent of fire code capacity in resorts on Tuesday from 50 percent, the Las Vegas Review-Journal reports. December also looks bleak after the city’s biggest special event of the year — the 10-day National Finals Rodeo — relocated in 2020 to Arlington, Texas. Sponsors say the rodeo will return in 2021.

“With continued hotel reopenings at the end of September and early October, the room tally of open properties in October represented 140,658 rooms,” said Kevin Bagger, the LVCVA’s director of research. “Total occupancy was 46.9 percent for the month as weekend occupancy reached 64.2 percent and midweek occupancy reached 38.6 percent.”

A gaming industry analyst with New York-based J.P. Morgan said the lack of conventions and the low fly-in market resulting from people reluctant to travel on planes continues to hamper the Las Vegas market.

Joe Greff, in a note to investors, said the drive market improved in October.

Visitor volume for the first 10 months of 2020 — and every other category — is down dramatically from the previous year. Through October, 16.3 million have visited the city compared with 35.5 million for 10 months in 2019, a 54.2 percent decline.

Convention attendance is off 69.6 percent with 1.7 million attending shows in January, February and March. In 2019, the 10-month total was 5.7 million en route to a record 6.6 million total for the year.

Visitor volume improved slightly in October with a 0.5 percent increase to 110,900 from September. But compared with October 2019, volume is down 24.9 percent.